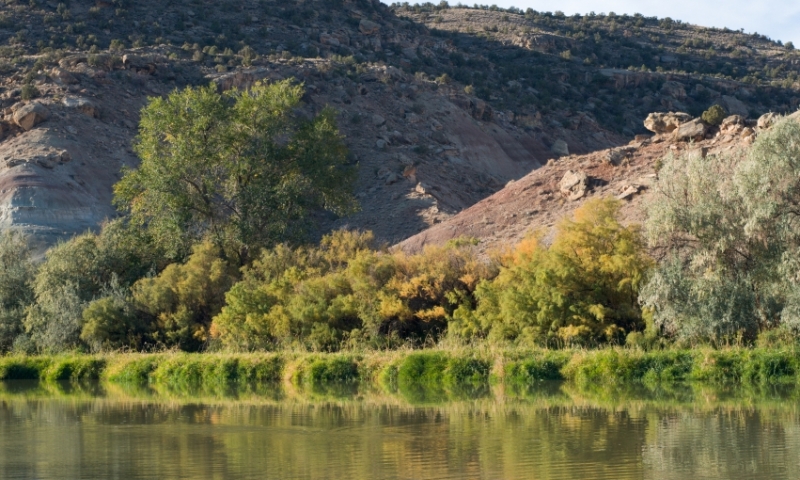 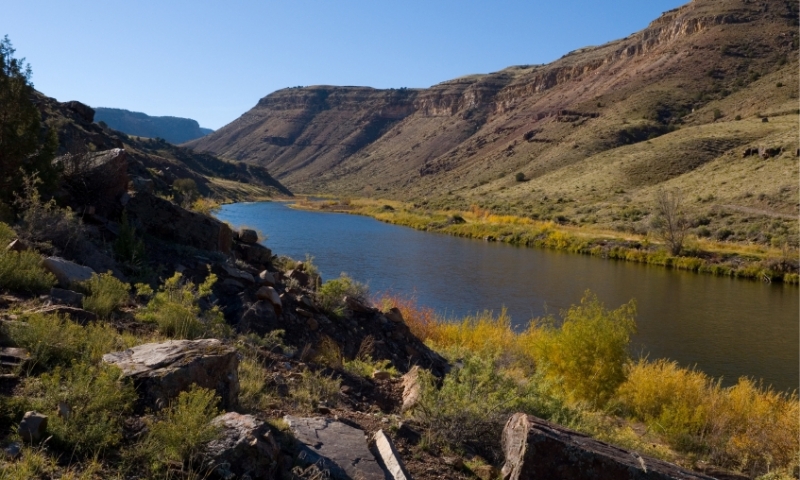 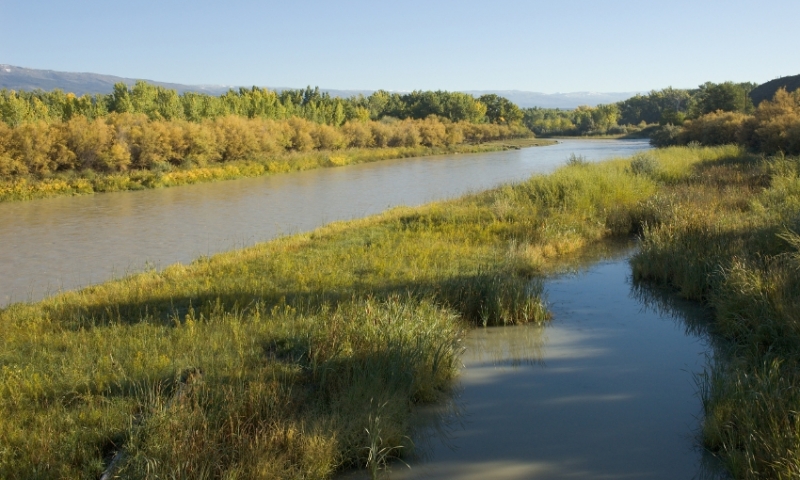 The Gunnison River holds Gold Medal Status for its big trout and long stretches of premier fly fishing waters, and access is only two hours from Telluride. 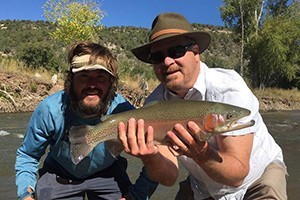 There has been a resurgence, however, and today the Gunnison qualifies for Gold Medal status – the highest designation of quality trout water in the State of Colorado. The river is home to Brown, Rainbow and Cutthroat Trout. It is not uncommon to catch 16 to 25 inch Rainbow and Brown Trout weighing more than five pounds

The eighteen-mile stretch above the Blue Mesa Reservoir is split between public and private land, limiting access for long stretches. However, from the reservoir to the confluence with the North Fork of the Gunnison, the river is nearly all public property.

The river also flows through the steep and narrow Black Gunnison National Park, where access is best with a raft.

The fishing season here is March through October. The prime time is in June to the end of August when there a major Stonefly Hatch.

The Gunnison is best accessed from Montrose. From Telluride, head west on CO-145, take a right on CO-62 at the dead end, then go left on to US-550 in Ridgway. In Montrose, turn right on US-50 for access to the Gunnison River.